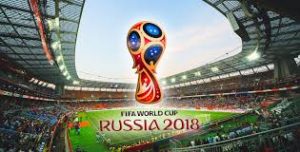 One more win and they are going to reach the 1/8-finals of the 2018 World Cup in Russia. This is what Serbia are thinking about before their game in Kaliningrad against Switzerland. But it’s going to be very difficult for them. Very, very difficult.

Serbia returned at the World Cup and won their first match in Group E, beating Costa Rica. The team’s captain Aleksandar Kolarov stole the show, scoring a spectacular free kick in Keylor Navas’ goal. Even being one of the best goalkeepers in the world, Navas was unable to do anything to stop Kolarov’s shot. It was a perfect execution.

But now it’s going to be even more difficult for the Serbs, because they are playing against Switzerland – a team which progressed a lot in the last few years. A proof for that is the fact that Vladimir Petkovic’ boys won a point against the favourite Brazil just a few days ago. The Swiss team showed once again how hard is to beat them, even if your name is Brazil and you have world class players in your squad.

It’s highly expected that Serbia will line-up with the same team from the match against Costa Rica. How they say it – when it ain’t broke, you don’t try to fix it. Serbia took the win with their line-up against Costa Rica and most probably they are going to stick to it.

Luka Milivojevic recieved a slight knock against Costa Rica, but most likely he will be fit to face Switzerland on Friday. He recovered fast from this and he’s now ready to play again.

Switzerland’s manager Vladimir Petkovic on the other hand has some problems, mainly linked to the condition of the experienced midfielder Valon Behrami. The veteran is recovering from a knock he recieved during the draw with Brazil. At the moment we know that he’s doing pretty fine, so maybe he’s going to start against Serbia as well. Petkovic confirmed that Behrami is an important player for the Swiss team, so if he’s healthy, there’s no need to keep him on the bench.

Vladimir Petkovic said during his press conference that he expects a physical game against Serbia, but for his team it’s going to be very important to move well and run more than its opponent. “That’s what we did against Brazil as well”, said Petkovic.

Since Serbia became an independent nation, this is going to be their first clash with Switzerland. Before this these two teams played 13 times against each other with Yugoslavia (Serbia’s former name) winning 6 of them.

At the World Cup these two teams have met just once – in 1950. Their game then finished with a 3-0 win for Yugoslavia.

We expect to see a very competitive and balanced game between these two teams. We can say that these are teams which are in a very good shape at the moment. This promises some great battle between them. Both teams need the win, but only one could have it.