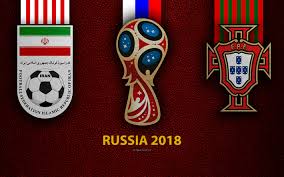 We are heading to the Mordovia Arena in Saransk, where Iran meets Portugal in a match from Group B of the FIFA World Cup. Let’s have a look at this clash.

This game is all or nothing for Iran. Right now they have 3 points won in the group, which is one point less than Spain and Portugal. This means that Iran will qualify for the 1/8-finals, if they achieve a surprising win over the Selecao. In the first round of the competition Iran beat Morocco, which allowed them to keep their chances of qualifying for the next phase of the tournament.

Few days ago Iran suffered a 0-1 defeat against Spain, so now it’s their big chance to shock the world and reach the 1/8-finals of the World Cup.

Of course, Portugal are the big favourites here. The European champions knows that even a draw against Iran will be enough to qualify for the next round. But Portugal’s ambition is to beat Spain for the first place, so they won’t play for a draw. You can be sure about this. 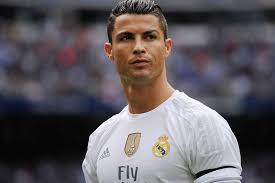 Cristiano Ronaldo have scored all of Portugal’s 4 goals since the start of the competition. The Real Madrid superstar scored a spectacular hattrick against Spain in the first round. Few days later he scored the winning goal for the 1-0 win over Morocco. Ronaldo is fighting for the tournament’s Golden Boot, so you can be sure that he will give his all against Iran, looking for goals once again.

Iran are showing some strong defense since the beginning of the World Cup. Carlos Queiroz’ team have conceded just one goal in the World Cup so far, which is a proof how difficult is to play against this team. Portugal and Ronaldo are favourites, but you can be sure that it won’t be easy for them to break Iran’s defense.

Most likely Portugal’s manager Fernando Santos is once again going to use the duo Cristiano Ronaldo – Goncalo Guedes in attack. Against Morocco he brought back Joao Mario in the starting eleven. Mario was benched against Spain in the opening round, but he won himself a place in the team for the second match. Once again it will be between him and Bruno Fernandes for a starting place in midfield against Iran.

With Iran Carlos Querioz is using a defensive 4-5-1 formation, making it hard for the opponent to attack and find any clear chances to score. Querioz is aware that Iran are a team of a lesser quality than Portugal, so Iran’s only chance is to defend well and use its opportunites on counter-attack. So far we understood that Iran are a team which knows how to defend. The only question is – can they do enough in attack to win the clash against the European champion?

We believe that Portugal won’t miss their chance to qualify for the 1/8-finals. Iran are a solid team, but they do not have Portugal’s quality. It’s going to be a tough game for Selecao, but we believe that they will take what they want from it.