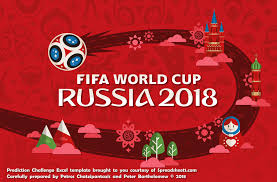 It’s time for the world champion to enter the stage. Four years after winning the World Cup for a 4th time, Germany will start their participation in Russia with a match against Mexico in Group F. Let’s have a look at this game at the Luzhniki Stadium in the capital Moscow.

Germany performed incredibly strong during the qualifiers, winning its group with 10 wins from 10 games played. Even more impressive was their goal difference from these matches played – 43 goals scored and 4 goals conceded. If anyone thinks that Germany are not as motivated to win as they were four years ago, maybe they should check these stats. They are groundbreaking.

Although they are not the most important thing in football, Germany’s results in the following friendly games were a little bit worrying. Die Mannschaft won just one of the six friendlies the team play – against Saudi Arabia. Joachim Low’s boys also made draws against England, France and Spain and suffered defeats from the hands of Brazil and Austria. Some people are worried because of Germany’s results in the friendly matches, but let’s not forget what these games really are – just friendlies. We are convinced that the world champions will do much better when they start their participation in Russia. 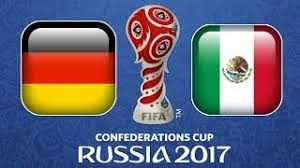 Mexico on the other hand did not surprise anyone with qualifying for the World Cup. They do this on a regular basis, so this time we didn’t see an exception as well. The Aztecs won the CONCACAF group without much of a problem, which meant that they are once again going to travel to the World Cup. They lost just one of their 10 games in the qualifiers – against Honduras.

In the friendly games after the end of the qualifiers Mexico enjoyed wins over Poland, Bosnia and Herzegovina, Iceland and Scotland, made draws with Belgium and Wales and suffered defeats against Croatia and Denmark. How you can see, they were inconsistent in the friendly matches, just like Germany were.

Joachim Low made some changes in the German team, compared to the one four years ago. Players like Mario Gotze, Leroy Sane, Emre Can and Shkodran Mustafi didn’t get the call-up for the World Cup. Instead of them, Low decided to take to Russia players like Julian Brandt, Leon Goretzka, Niklas Sule and Matthias Ginter. In other words, we are once again going to see some new faces in Die Mannschaft’s squad.

Mexico’s manager Juan Carlos Osorio didn’t surprise anyone with the players he called for the World Cup. Everyone knows well players like Javier Hernandez, Carlos Vela, Raul Jimenez, Andres Guardado and Jonathan Dos Santos. Players like Porto’s Hector Herrera and Frankfurt’s Marco Fabian are also adding for the overall class of the team.

It’s always interesting when the current world champion plays its first game at the World Cup. Now everyone wants to see the condition of this German team, especially after the dissapointing results in the qualifiers. We believe that Die Mannschaft won’t dissapoint, but it won’t be easy against Mexico.