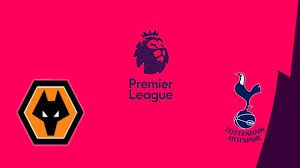 Wolverhampton Wanderers welcomes Tottenham Hotspur in a match from the 11th round of the Premier League. Let’s head out to the Molineux Stadium and see what’s going on with these two teams.

Wolves are among the newcomers in the league this season, but they are doing very well under the management of Nuno Santo. Wolverhampton are currently 10th in the league with 15 points, which is pretty good for a newcomer. Their record so far shows 4 wins, 3 draws and 3 defeats.

In their last game Wolves suffered a second consecutive loss, though. Nuno Santo’s boys visited Brighton & Hove Albion and they were beaten with 0-1 with a goal from Glenn Murray in the beginning of the second half. Before this, Wolverhampton suffered another defeat against Watford at home. Are they entering a crisis with these two consecutive losses? We shall wait and see.

Tottenham are currently 5th in the Premier League with 21 points won. Spurs’ record so far shows 7 wins and 3 losses. They are entering this game after a defeat, suffered against the champion Manchester City on Monday. The two teams met at the Wembley Stadium and City won with a winner by Riyad Mahrez in the beginning of the game.

Tottenham are currently one point behind the 4th Arsenal. The team’s main goal is to be in the Top 4 of the league, so they know that they must return on the winning road in order to do this. For them winning at the Molineux is a must. But can they do it?

That’s what we have to say about the Premier League game between Wolverhampton Wanderers and Tottenham Hotspur at the Molineux. Some people might say that Tottenham are the favourite here, but we wouldn’t write off Wolverhampton this easily. Be careful!