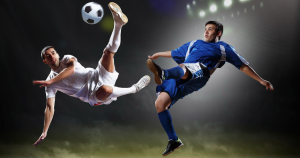 Skive welcomes Brabrand in a match from the 22th round of the Danish 1st Division. Let’s have a look at this clash.

Skive are currently the weakest team in the 1st Division. They are 12th in the league standings with just 12 points won so far. Their record is a pretty much a modest one – 2 wins, 6 draws and 14 defeats. Right now Skive are 12 points behind the 10th Nykøbing and the safe zone, so for them it’s going to be very difficult to survive.

In their last five bouts Skive are without a win – two draws and three losses. They are clearly not having the quality needed to fight for their survival in the 1st Division. Can they change the way they perform? We shall see.

Brabrand on the other hand are in a similar situation. They are 11th in the league standings with just two points more than Skive – 14. They have a record of 3 wins, 5 draws and 14 defeats. In their last five games Brabrand are even worse than Skive – one draw and four losses.

Skive will rely on the 33-years old experienced striker Thomas Dalgaard, who have scored 9 goals in the league so far.

Meanwhile Brabrand have the 28-years old midfielder Mads Bak, who have scored twice since the beginning of the campaign. But Brabrand’s most profilic goalscorer is the defender Jesper Brinck, who have 3 goals for the team since the start of the season.

This is a match between the two weakest sides in the Danish 1st Division. The difference between them is a pretty small one, which means that this game is going to be pretty difficult for a prediction. Both teams are almost surely going down this season and they are both in an awful shape at the moment.