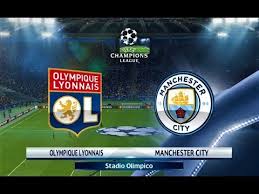 Olympique Lyonnais welcomes Manchester City in a match from Group F of the UEFA Champions League. This is the time to take a look at this clash and see what’s the situation with these two teams.

Olympique Lyonnais are currently 2nd in the group with 6 points won and still unbeaten with a record of 1 win and 3 draws. The French team is the only team which beat Manchester City in the competition – this happened in the first round, when Lyonnais achieved a win at the Etihad Stadium. But since then, Bruno Genesio’s team made three consecutive draws in the tournament.

In their last game Olympique Lyonnais made a 2-2 draw at home against Hoffenheim. Nabil Fekir and Tanguy N’Dombele gave the French team a pretty good advantage in the result, but the home team was unable to keep it.

Manchester City started in the competition with a loss, but since then Pep Guardiola’s boys are perfect – three consecutive wins and 11 goals scored. The Cityzens are aware that even a draw on French soil would be enough for them to win the first place in the group.

In their last game Man City brough some real fun to their fans, beating Shakhtar with 6-0 at home. The Brazilian striker Gabriel Jesus scored a hattrick for the English champion, while David Silva, Raheem Sterling and Riyad Mahrez also scored for Guardiolas team.

These are our thoughts about the Champions League clash between Olympique Lyonnais and Manchester City.