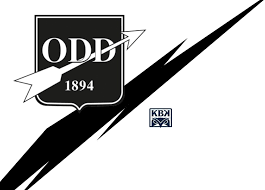 Odd hosts Kristiansund in a match from the 12th round of the Norwegian Eliteserien. Let’s see what’s going on with these two teams since the beginning of the campaign.

Odd are 9th in the league standings with 16 points won so far. So far they have a record of 5 wins, 1 draw and 5 defeats. In terms of current form, we can say that in their last five matches Odd won three times (against Molde, Start and Sandefjord) and suffered two defeats against Ranheim and Stabaek.

In the previous round Odd suffered a 1-2 defeat during the visit to Stabaek at the Nadderud Stadion. Torgeir Borven opened the score for Odd, but the visiting team conceded two goals in the last 20 minutes of the game.

Kristiansund are 10th in the Eliteserien since the begining of the season. They have 13 points and a record of 3 wins, 4 draws and 4 losses. In their last five games Kristiansund won twice, made one draw and lost twice.

In the last round Kristiansund enjoyed a 4-0 win against Stromsgodset at home. Liridon Kalludra and Frederick Ulvestad scored for the home team, while Jonathan Parr and Kristoffer Tokstad were unlucky enough to score themselves own goals.

Last season Kristiansund finished 10th in the league, so now they’d like to at least repeat this performance. Clearly they are not among the best teams in the league, but it’s too early to say how they will do this season.

It’s difficult to pick a favourite in this match. At this moment both teams look pretty similar in terms of quality. The difference between them is just 3 points in favour of Odd. Of course, Odd have the home ground advantage here, so maybe they are a slight favourite against Kristiansund. Let’s see.