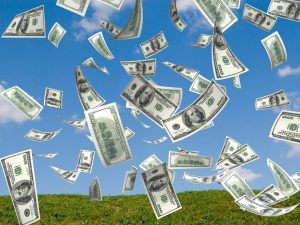 money falling in the sky and green grass background

Monaco hosts Metz in a match from the 22th round of the French Ligue 1.

After winning the title last season, right now Monaco are 4th in the Ligue 1 with 43 points won. It was clear that the team’s strenght would be reduced, after Monaco have sold a lot of its star players. But it’s really hard to resist when the European top clubs come knocking on your door for your best players.

Right now Monaco have a record of 13 wins, 4 draws and 4 losses. The team’s main ambition remains a Top 3 finish and a qualification for the Champions League. Leonardo Jardim’s team is currently on 2 points behind the 3rd Olympique Lyonnais, so the fight is still on.

In their last five matches Monaco are unbeaten, but they are in a run of two consecutive draws, recorded against Montpellier and Nice. For sure Leonardo Jardim would like his team to win on regular basis like it was happening last season, but now too many things are different for the champions.

Metz on the other side are having totally different problems. They are currently 20th in the league, being on the bottom of the league. Metz have won just 15 points so far. They have a record of 4 wins, 3 draws and 14 losses. At the moment they look like a pure candidate for a relegation to the Ligue 2.

Arguably Monaco are the big favourite here. The champions need as much points as they can get, because they continue to fight for a Champions League qualification. Metz are also in a big need of points, but their class would hardly allow them to travel to Monaco and get something from the champion. It’d be a huge surprise if Monaco fails to win this game. But who knows?