Manchester United hosts Watford at the Old Trafford Stadium on Saturday afternoon. This game is part of the 32th round of the English Premier League. Let’s see what’s going on with these two teams.

Manchester United continue their fight for a Top 4 finish and another qualification for the Champions League. Right now the Red Devils are 5th in the standings, but being just 2 points behind the 4th Arsenal. They lost against the Gunners in the previous round, so now they have some catching up to do. In order to return ot the Top 4, United must be near perfect until the end of the season. The 6th Chelsea are also fighting for a Top 4 finish.

For Manchester United’s manager Ole Gunnar Solskjaer this is going to be a first game since the signed a new 3-years contract with the club. Solskjaer was appointed until the end of the season after the sacking of Jose Mourinho, but he proved that he’s capable to lead the team. 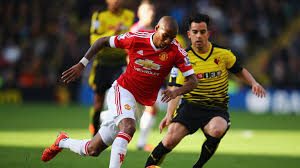 Watford on the other hand are 8th in the Premier League with 43 points won. Their record in the league looks like this: 12 wins, 7 draws and 11 losses. In their last five games in the league Watford won three times, but also suffered two losses.

In their last match the Hornets suffered a 1-3 defeat against the other team from Manchester – Manchester City. Gerard Deulofeu scored for Watford in the second half, but City won this one with a hattrick from Raheem Sterling.

Arguably Manchester United are favourites to win against Watford, especially at the Old Trafford. We are entering the most decisive phase of the season, so Solskjaer’s boys know how important it is to be on a high level right now. As for Watford, they are in a good position to finish the season in a calm way.