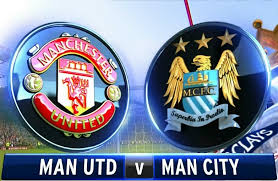 Manchester United hosts Manchester City in the big derby of the 16th round of the English Premier League.

We have a match between the first and the second team in the league standings. Manchester City are leading the table with 43 points won so far, while Manchester United are second with 35 points. For United this is a great chance to reduce their gap to the leader and increase their chances of winning the title. The same could be said about Man City as well. If they manage to avoid losing at the Old Trafford, they are going to keep (or increase) their lead at the front.

There’s no doubt that these are the two best teams in England this season. Both clubs improved during the summer and now they are showing much better things than last season. It would be really surprising if one of these two teams don’t win the title at the end of the season.

We are also going to witness one more round of the legendary rivalry between Jose Mourinho and Josep Guardiola – two of the best managers in the world. They had a lot of battles during their time in Spain and now they are once again rivals in England.

Manchester United can’t use their most expensive player Paul Pogba, who recieved a red card against Arsenal. Meanwhile Nemanja Matic, Zlatan Ibrahimovic, Marouane Fellaini and Eric Baily are all having problems before the game. It’s still unknown what their situation is at the moment.

Manchester City is without the injured Benjamin Mendy and John Stones, while David Silva is troubled by a muscle injury. We shall wait and see what his condition is for the derby.

This is going to be a great match between the two best teams in England at the moment. Be sure to watch!