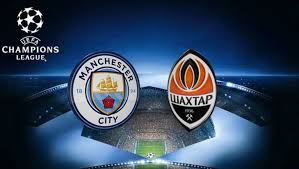 Manchester City welcomes Shakhtar Donetsk in a game from Group F of the Champions League. Let’s travel to the city of Manchester to have a look at this clash at the Etihad Stadium.

Despite of starting with a loss, at this moment Manchester City are leading this group with 6 points won. Pep Guardiola’s side surprisingly lost their first game against Olympique Lyonnais at home, but in the next two games City achieved two wins away from home against Hoffenheim and Shakhtar. We can say that right now they are in a much better position than they were after the first game.

Shakhtar are 4th in the group with just 2 points won so far, achieved against Hoffenheim and Olympique Lyonnais. The Ukrainian side still have a theoretical chance to progress, but they really need some points. The problem is obvious here – it’s very hard to achieve anything against Manchester City, especially at the Etihad. It’s true – the Cityzens suffered a defeat against Lyonnais, but it doesn’t happen every day.

The Cityzens already showed their strenght to Shakhtar two weeks ago, when they beat the Ukrainian team with 3-0 in Kharkiv. David Silva, Aymeric Laporte and Bernardo Silva scored the winners for the English champion. Shakhtar were totally outperformed on this day. The Ukrainian side rarely created something interesting in front of Ederson’s goal.

These are our thoughts about the Champions League clash between Manchester City and Shakhtar Donetsk at the Etihad Stadium. There’s no doubt which team is the big favourite here. City are aware that a win against their next opponent will move them very close to the 1/8-finals. The Cityzens are in a great shape at the moment and they are proving it every week in the Premier League. For them winning the European crown is a huge goal.