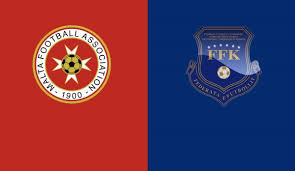 Malta hosts Kosovo in a match from Group 3 of League D of the UEFA Nations League. Let’s head out to this beautiful island to see what’s the deal with these two teams before their clash.

Malta are currently the underdog in this group with just 2 points won from 4 games played. Their record so far shows no wins, 2 draws and 2 losses. The Maltese team made two draws against Azerbaijan and suffered defeats against Kosovo and the Faroe Islands.

In their last fixture Malta won their second point in the group, making a 1-1 draw during the visit to Azerbaijan. Rowen Muscat’s goal for Malta was enough for the team to win a point from this clash. This result was kind of surprising, because Azerbaijan were labeled as a strong favourite in the game.

Will Kosovo be a favourite against Malta? Most probably, because Kosovo are leading the group at the moment with 8 points won. Which is kind of surprising. So far Kosovo are unbeaten in the group, having a record of 2 wins and 2 draws from the matches played. They enjoyed wins over the Faroe Islands and Malta, making draws against Azerbaijan and the Faroe Islands.

When these two teams met for a first time in this group, the match in Kosovo ended with a 3-1 win for the home team. Benjamin Kololli scored a brace for Kosovo, while Vedat Muriqi added one more for the winning team. Andrei Agius scored for Malta, but his goal was far from enough for something significant in the match.

That’s our preview for the Nations League game between Malta and Kosovo from League D of the competition. Based on the standings, Kosovo are the favourite here. But we expect Malta to give them some fight.