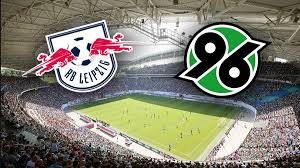 RB Leipzig hosts Hannover 96 in a match from the third round of the German Bundesliga. Let’s take a look at this game.

RB Leipzig are currently 14th in the Bundesliga standings with just one point won so far. Leipzig kicked off their season with a 1-4 loss during the visit to Borussia Dortmund, which was followed by a 1-1 draw at home against Fortuna Dusseldorf. Ralf Rangnick’s boys are still looking for their first win for the new season. The goals in front of Leipzig remain unchanged – finish in the Top 4 and return to the Champions League.

In the previous round RB Leipzig won their first point for the new season. It was kind of dissapointing performance, because the fans expected a win against Fortuna Dusseldorf. Matthias Zimmermann opened the score for the visiting team, but Jean Kevin Augistin equalized for Leipzig 20 minutes before the end of the game.

Hannover 96 on the other hand began the new season with two consecutive draws. In the first round they made a 1-1 draw during the visit to Werder Bremen, which was followed by a 0-0 draw at home against Borussia Dortmund. Just like any other season, Hannover’s main goal remains a solid finish among the first ten clubs in the standings.

Last season these two teams met twice and RB Leipzig won both times. The game in Leipzig ended with a 2-1 win for RB, while in Hannover the visiting team won with 3-2.

On paper RB Leipzig are a little bit better than Hannover 96 and they have the advantage to play at home here. But keep it in mind that their start of the new season was not the best one. Now it’s the moment for Hannover 96 to use this.