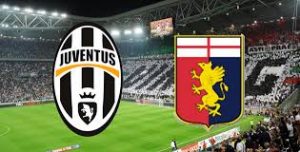 The champion and a leader in Serie A Juventus welcomes Genoa in a match from the 9th round of the Calcio. Let’s look at this game and see what’s happening with these two sides.

Juve are just perfect from the start of the season – 8 games and 8 wins. Max Allegri’s team is not leaving any doubts that they are the best team in the country and the usual number one contender for the title.

In the previous round Juventus achieved a 2-0 win away from home against Udinese, thanks to goals from Rodrigo Bentancur and Cristiano Ronaldo. It was just another day in the office for the Bianconeri. Max Allegri’s team did as much as they should have to win the match.

Clearly Juve probably won’t have much of a problem to win the Serie A for another season. Of course, the big goal in front of them remains winning the Champions League. But it doesn’t mean that they will just stop paying attention to the Serie A. In these first 8 rounds we are seeing that Juventus are pretty serious when it comes to the Calcio.

Genoa on te other hand are currently sitting in the middle of the table, being 11th with 12 points won. The Griffons currently have a record of 4 wins and 3 defeats. They were enjoying two consecutive wins in the league, but in the previous round the team suffered a defeat during the home game against Parma. Piatek opened the score for Genoa, but Parma scored three goals until the halftime break and won the game.

That’s our look at the Serie A game between Juventus and Genoa in Turin. Clearly Juve are the big favourite here, especially when they have won all of their 8 matches in the league so far.