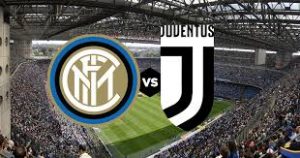 Inter hosts the champion Juventus in the big Derby D’Italia of the Italian Serie A on Saturday evening. It’s going to be really hot at the Stadio San Siro. Let’s have a look.

Inter are on their way to secure their second consecutive qualification for the Champions League. Currently the Nerazzurri are 3rd in the Serie A standings with 61 points, being 5 points ahead of the 4th Milan and the 5th Atalanta. But five rounds before the end of the season, this gap still do not guarantee them a place in the Top 4.

So far in the season Inter have a record of 18 wins, 7 draws and 8 losses in the league. Lately they are in a shaky form, winning just two of their last five games in the Serie A. They also made two draws and suffered one loss.

In their last match Luciano Spalletti’s players were unable to beat Roma at the San Siro. The game in Milan ended with a 1-1 draw. Stephan El Shaarawy opened the score for Roma, but Ivan Perisic equalised for the Nerazzurri. Until the end of the game both teams tried to attack and score, but we didn’t see a winning goal.

In the same time Juventus already secured the title with their win against Fiorentina last weekend. The Bianconeri are now untouchable at the top, winning the league for 8th consecutive year. Juventus remain a dominant force in Italy, but of course, their biggest dissapointment remains the failure to win the Champions League again.

It was Alex Sandro who equalised against Fiorentina at the Allianz Stadium. 8 minutes after the start of the halftime break, Fiorentina’s German Pezzella scored himself an own goal, which secured the win and the title for Juve.

The derby between Inter and Juventus shall be really hot on Saturday. These two clubs do not like each other, so let’s see what they are going to offer us.