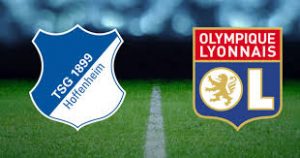 The Champions League is ready to start once again with the 3rd round of its group stage. We will head to the WIRSOL Rhein-Neckar-Arena, where Hoffenheim hosts Olympique Lyonnais in a match from Group F of the competition.

Hoffenheim are still looking for their first win in the tournament this season. The German team started its campaign with a draw against Shakhtar in Kharkiv, while in the second round they conceded an unlucky loss against Manchester City at home. We are saying unclucky, because Hoffe opened the score and lost the game with a goal just three minutes before the end.

Hoffenheim have a good enough squad to progress for the 1/8-finals, but it can’t happen if they don’t win. After two games without a win, now Julian Nagelsmann’s boys will try to improve their position in the group. Right now they are 4th in Group F with just one point won so far.

Olympique Lyonnais are in a completely different position at the moment. The French club is leading the group with 4 points won so far and a record of one win and one draw. Bruno Genesio’s boys shocked Manchester City at the Etihad in the first round, but in the next game they only won a point against Shakhtar Donetsk at home. They were even two goals down in the scoreline, but still managed to save the point against the Ukrainian side.

We shall expect a very interesting match between these two sides. Hoffenheim and Olympique Lyonnais are teams which usually play offensive and attractive football. Now both of them would like to win this one, so we shall see a real fight. Maybe the French team would be happy with a draw, too, while for Hoffenheim there’s no other option – they must win.