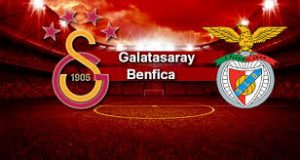 Galatasaray welcomes Benfica in one of the most interesting duels from the 1/16-finals of the Europa League. Let’s take a trip to the city of Istanbul, to see what’s the situation with these two sides.

Galatasaray entered the competition from the Champions League, where they finished third. The Turkish side was in a group with Porto, Schalke 04 and Lokomotiv Moscow, managing to beat the Russian side for the third place. Cimbom ended their participation in the group with 4 points and a record of 1 win, 1 draw and 4 losses, which was enough for them to take the third place.

In the Turkish Super Lig Galatasaray are currently 2nd in the league with 39 points, trailing on 6 points behind the leader Istanbul Basaksehir. This means that Fatih Terim’s team have some serious catching up to do in order to become champion again. In their last five games in the league Galatasaray are almost perfect, though – four wins and one draw.

As for Benfica, they also entered Europa League from the Champions League. The Portuguese giants were in a group with Bayern Munich, Ajax and AEK Athens, finishing third with 7 points won. Their record in the group showed 2 wins, 1 draw and 3 losses.

In the Portuguese Primeira Liga Benfica are currently 2nd, but trailing on just 1 point behind the leader Porto. The title race in the Portuguese league is going to really intense, because three teams are fighting for the first place, being separated by just 2 points.

In their last game Benfica made something incredible, beating Nacional with 10-0 at home. What to say after such an amazing result? Were Benfica too good or Nacional were too weak? That’s a good question.

That’s our review of the Europa League clash between Galatasaray and Benfica. Good luck!