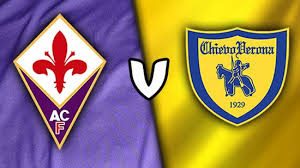 Looking for first points this season, Fiorentina hosts Chievo in a match from the second round of the Itaian Serie A.

Right now Fiorentina are without any points, because their first game for the season was postponed. Now La Viola will have a good chance to start the new campaign in a positive way, especially when playing at home.

Fiorentina’s goal this season is a qualification for the European competitions. Last season La Viola didn’t succeed in this, but now it’s another season and another hope for one of the big clubs in the country.

The manager Stefano Pioli won’t have an easy task in qualifying the team for Europe, but he doesn’t have another choice – he has to try. The club’s fans are hungry for some success and to be fair, Fiorentina have a good team. They just need to start clicking and maybe they will perform better than they did last season.

Chievo began their season with a home game against the champion Juventus, which the Flying Donkeys lost with 2-3. They managed to restrict Cristiano Ronaldo from scoring, but in the same time they also recieved three goals, which was more than enough for Juve to win. But still – Chievo played a very good game against the Old Lady and they will face Fiorentina with enough confidence that they can win some points in the beautiful city of Florence.

This is our look at the Serie A clash between Fiorentina and Chievo. We wish you a good luck with this one.