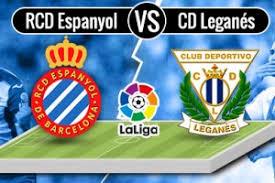 Espanyol faces Leganes in a match from the 18th round of the Spanish La Liga. Let’s take a look at this clash in the beautiful city of Barcelona.

Espanyol started the new season very well, even moving among the first teams in the standings. For a minute we thought that Los Pericos could even be contenders for a Champions League football next season. But with time their form dropped and now Espanyol are 14th in the league with 21 points.

At this moment Los Pericos are the team in the worst shape in the Spanish league, losing all of their last five games. In their last fixture Rubi’s boys visited Atletico Madrid at the Wanda Metropolitano, but suffered a 0-1 defeat with a goal from Antoine Griezmann in the second half.

Before this, Espanyol also suffered defeats against Real Betis, Barcelona, Getafe and Girona.

Leganes on the other hand are 16th in La Liga’s standings with 19 points won so far. The team’s record at this moment shows 4 wins, 7 draws and 6 losses. In their last five games Leganes are unbeaten, though, which deserves respect. They achieved two wins and did three consecutive draws against Getafe, Celta and Sevilla.

In their last game Leganes hosted the strong team of Sevilla, doing a 1-1 draw at the Estadio Municipal de Butarque. Mikel Vesga opened the score for Leganes, but in the last minutes of the game Wissam Ben Yedder equalized for the Andalusians. It was heartbreaking for Leganes, because they were just a few minutes away from beating one of the strongest teams in the league.

These are our thoughts about the La Liga fixture between Espanyol and Leganes at the RCDE Stadium in Barcelona. We believe that based on current form, Leganes are favourites to win here.