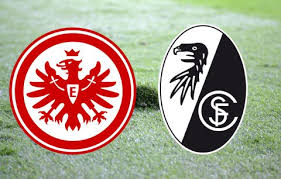 Eintracht Frankfurt welcomes Freiburg in a game from the 18th round of the German Bundesliga. Let’s take a look at this fixture at the Commerzbank-Arena in the city of Frankfurt.

Eintracht are having a solid season so far. The DFB Pokal holders are currently 6th in the league standings with 27 points, fighting for another European qualification. Until now Eintracht’s record in the league shows 8 wins, 3 draws and 6 defeats. In their last five games they won only once, though – agains Bayer Leverkusen. They also made one draw and suffered three defeats. Clearly Eintracht are not in a good shape lately, which we can see from their recent results.

In their last game Eintracht suffered a 0-3 loss at home against the champion Bayern Munich. It was not a good day for the club from Frankfurt. Bayern dominated the game and took the win with goals from Franck Ribery (2) and Rafinha.

Of course, losing against Bayern Munich is not something to be ashamed of, but it once again showed that Eintracht are not in their best shape at the moment.

Meanwhile Freiburg are 11th in the Bundesliga standings with 21 points won so far. Their record in the league shows two wins, one draw and two losses.

Freiburg enjoyed a win in their last game. Christian Streich’s boys achieved a 1-0 win during the visit to Nurnberg. The only goal in the game was scored by Manuel Gulde after just 19 minutes of playing.

Before this, Freiburg made a 1-1 draw against Hannover 96. Now they’d like to record a third consecutive game without a loss in the Bundesliga.

That’s what we had to say about the Bundesliga fixture between Eintracht Frankfurt and Freiburg from the 18th round of the league. Good luck!