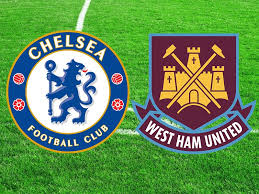 Chelsea welcomes West Ham United in a game from the 33th round of the English Premier League.

Chelsea are the current champions of England, but they are going to lose the title to Manchester City. Right now the Blues are 5th in the Premier League standings, trailing on 8 points behind the 4th Tottenham. This means that most probably Chelsea are going to miss participation in the Champions League next season.

Right now the Londoners have a record of 17 wins, 5 draws and 9 losses. Last season Antonio Conte led Chelsea to the title, but now things are not as good as they were for him. The Italian manager is going to leave the club at the end of the season, so these are his last games as manager of Chelsea.

In their last five matches Chelsea lost three times – against Manchester United, Manchester City and Tottenham. Their only chance of a trophy this season remains the FA Cup, so it’s a dissapointing campaign for them.

West Ham on the other hand are 14th in the Premier League with 33 points. The Hammers were contenders for relegation in the beginning of the season, but their new manager David Moyes successfully got them away from the relegation zone. But here is a good moment to mention that West Ham are just 5 points above the 18th Southampton, so their job is not completely done just yet.

West Ham still need some points in order to survive. Even a point at the Stamford Bridge would be a success for the away team, because every point is important. In their last five matches West Ham won twice and suffered three defeats – just like Chelsea. In their last game David Moyes’ boys enjoyed a convincing 3-0 win over Southampton at home ground.