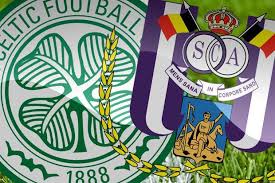 Celtic hosts Anderlecht in a match from Group B of the UEFA Champions League. The game is going to be played at the Scottish capital Glasgow.

When the draw for the group stage was held, it was clear that Celtic and Anderlecht are the two underdogs in this group, being in the company of PSG and Bayern Munich. And that’s exactly what happened. These two teams did not win a single point against the two favourites, proving that they are from a different league, compared to them.

It was clear that Celtic and Anderlecht will battle for the third place in the group and the right to continue in Europa League. Right now Celtic are third with 3 points, while Anderlecht are on the last fourth place with 0 points.

Celtic made a huge step towards the third place in the group by beating Anderlecht with 3-0 at Belgian soil. This win almost guarantees the Scottish team the third place in this group, because it’s highly unlikely to see Anderlecht beating them with a result bigger than this. Celtic dominated in the first game against Anderlecht and the result is proving this. Although Anderlecht are not a bad team, this is just not their season in the Champions League.

For Anderlecht this is a dissapointing campaign. The Belgians have scored just one goal in the tournament so far and conceded 17. It’s very likely that they’d finish in this group without a single point being won. Celtic are the obvious favourite in this game.

As for Celtic, they can be satisfied with their performance in the group, because they are very close to achieving their goal – finishing third. Now Brendan Rodgers’ boys just have to make the final step and allow their fans to enjoy a second win in this very difficult group.