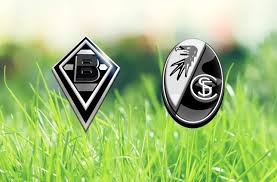 Borussia M’gladbach welcomes Freiburg in a match from the 33th round of the German Bundesliga.

Borussia M’gladbach are 9th in the Bundesliga with 44 points won so far. They still have chances even for a Top 6 finish, being just 3 points behind the 6th RB Leipzig. If they win their both games until the end of the season, nobody knows what’s going to happen.

Right now M’gladbach have a record of 12 wins, 8 draws and 12 defeats. In their last five games they won twice, made two draws and suffered one defeat. In the previous round Borussia M’gladbach made a 1-1 draw during the visit to Schalke 04. Before this Borussia celebrated a 3-0 win over Wolfsburg at home.

In the beginning of the season Borussia M’gladbach had the ambition to chase a place among the first six teams in the league, which would have granted them a participation in the European competitions. They still have chances to do it, of course, but these chance are more theoretical than real. In other words, it was not the best possible season for Borussia M’gladbach. We can say that.

Freiburg on the other hand are struggling. They are 15th in the league standings with 33 points won so far – just 3 points above the 16th Wolfsburg and the relegation playoff zone. Freiburg still have to do well in order to survive.

Right now Freiburg have a record of 7 wins, 12 draws and 13 defeats. In their last five games Freiburg won once against Koln, but before that they suffered four consecutive defeats. It tells us that they are not in a very good form at the moment.

These are our thoughts on the Bundesliga game between Borussia M’gladbach and Freiburg. Whatever you have decided, we wish you a good luck.