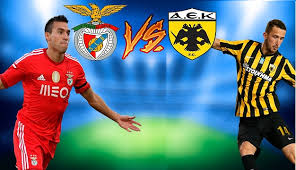 In a game without any meaning for both teams involved, Benfica hosts AEK Athens in a match from Group E of the Champions League. Let’s take a look.

So far Benfica have 4 points in this group, being 7 points behind the 2nd Ajax and 4 points ahead of the 4th AEK. For the Portueguese club this year’s participation in the Champions League was a dissapointment. Of course, they will continue their European campaign in Europa League, but Benfica are always aiming to reach the 1/8-finals of the Champions League. This season they were unable to do it.

In their previous game the Eagles from Lisboa suffered a heavy 1-5 defeat during the visit to Bayern Munich. Gedson Fernandes scored Benfica’s only goal in the game, but Bayern were just a lot better than them.

AEK on the other hand are the clear outsider in this group. So far the Greek team is without a single point won in the competition – 5 games, 5 losses. In their last game AEK suffered a 0-2 loss against Ajax in Athens, which officially killed their chances for finishing 3rd in the group.

When Benfica and AEK faced each other in October, the Portuguese team achieved a 3-2 win in Athens. Haris Seferovic, Alex Grimaldo and Alfa Semedo scored for Benfica, while Viktor Klonaridis scored a brace for the Greek side.

That’s our examination on the Champions League game between Benfica and AEK from Group E of the competition. We wish you a good luck, whatever you have decided about this one!