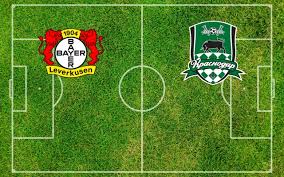 Bayer Leverkusen welcomes Krasnodar in a second leg from the Europa League 1/16-finals. Let’s examine this clash at the BayArena in Leverkusen.

Everything in this tie is still very open after the 0-0 draw in the first leg in Krasnodar. Despite the lack of goals, the two teams offered us a good game. Both sides had some chances to score, but the two goalkeepers Kritsyuk and Hradecky made important saves. Sometimes in football it’s more important to keep a clean sheet than to score a goal.

Bayer Leverkusen must be very careful now, because an away goal for Krasnodar could make their task very complicated. Meanwhile in the Bundesliga Leverkusen are doing pretty well, currently being 5th in the standings with 36 points. They are 5 points behind RB Leipzig and the Top 4, so they still have to make a big push in order to return to the Champions League for the next season. Right now Leverkusen are in a terrific form, having won four consecutive games in the league. In their last match they enjoyed a 2-0 win at home against Fortuna Dusseldorf.

Meanwhile Krasnodar are having an amazing season in the Russian Premier League. They are fighting for the title, being 2nd in the league with just 1 point behind the leader Zenit. In their last five games in the Premier League Krasnodar are showing a very good form – three wins and two draws, no losses. In their last match Murad Musaev’s boys shared the points with Ufa for a 1-1 draw at home, which was kind of dissapointing, of course.

Many will consider Bayer Leverkusen a favourite against Krasnodar, especially at the BayArena. But we advice you to be careful here, because the Russians are a solid team. Do not underrestimate them.