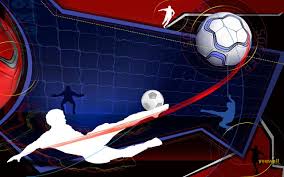 Ajax welcomes AZ Alkmaar in a match from the 33th round of the Dutch Eredivisie. Let’s have a look at this game at the Amsterdam Arena.

Ajax are 2nd in the Eredivisie with 73 points right now. They have a record of 23 wins, 4 draws and 5 losses. It’s clear that PSV are going to win the title this season, as they have 8 points advantage in front of Ajax. And don’t think that they are going to waste it.

Meanwhile Ajax still have a work to do to secure the second spot. Right now they have 5 points advantage in front of AZ, so this game between these two teams looks important. If Ajax win, they are going to finish second and qualify for the Champions League. But if AZ wins, they will keep their chances to beat Ajax for the second place.

In their last five matches Ajax are almost perfect. But almost. They have won four times, but suffered one defeat from the leader PSV. It was a heavy 0-3 defeat in Eindhoven, which proved that this season PSV are better.

In the last round Ajax beat VVV with 4-1, getting back on the right track.

AZ on the other hand are 3rd in the Eredivisie standings with 68 points. They have a record of 21 wins, 5 draws and 6 defeats. In their last five matches AZ have the same performance as Ajax – four wins and one loss. Their only defeat in this period of time came against PSV as well – a 2-3 loss at home.

This is going to be a fine game between two of the strongest teams in the country. Both Ajax and AZ love to play attacking style of football, so we shall expect to see some goals.